Mistlands was a project I worked on with three other programmers for a couple of years.

We made it in our inhouse engine, ZeroFPS. The engine is made in C++ from scratch. (https://sourceforge.net/projects/zerofps/)

Two other games were also made in the engine:

- Dark Metropolis was a action-strategy game we made for Swedish game awards.

- Testament was a commersial game made in the engine, I had left the group by then though.

Development was made at home so all communication were handled over the internet.

Over the year I worked on various parts of the engine and games, but my strongest contributions were:

- I made all skills, items and spells. Effects were made with my particle system and models made i maya. Objects, spells and skills were then scripted in lua.

- All animations for both games and most 3d-models. Most special effects, and some sounds.

- The game relied heavy on Lua. All game object were defined and created in script (component system). Configuration files and a console used lua.

Dark Metropolis - the othe game made in the ZeroFPS Engine 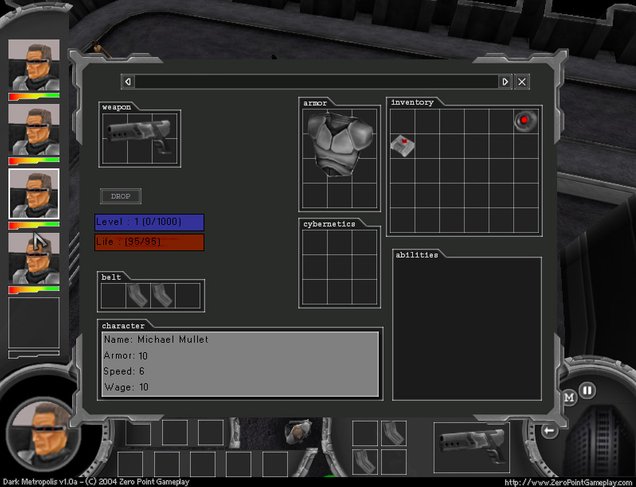